Thinking of renovating your bathroom? Or perhaps your shower head has started to leak and you are looking for a replacement? You start looking for a shower head and discover that there are so many different types available and start wondering what's the difference between them all.

As not everyone's bathrooms are created equally, there's no universally used shower head. The perfect shower head will vary according to different bathroom layouts and individual needs. That being said, they aren't limited to one design and can even have multiple features!

By using a Rain Shower Head to simulate natural rainfall flowing directly downwards, it is possible to minimise water usage and mess created from splashing water. These models are mainly used in open cabinet showers as the lack of a door would cause water to pool up with standard shower heads that have their trajectory aimed towards the body. Rain Shower heads are available most commonly in the following forms: Having a Dual Shower Head Set allows for the best of both worlds. If you have multiple people sharing the same bathroom it would be ideal to have a shower set that can properly cater toward each individual's needs. Alternatively, having a shower set allows for other applications such as using the handheld to wash your pet or even clean up the shower area more efficiently while still having the rain shower set for regular showering. Ceiling Mounted Shower Heads are a more luxurious option as compared to the rain shower head set which may require special plumbing. Typically these are only installed for complete bathroom renovations or brand new bathrooms due to the plumbing. Ceiling mounted shower Heads can either be installed directing into the ceiling or attached with a ceiling mounted shower arm with your choice of shower head.

Multi Function Shower Heads are typically seen on hand held shower heads, but they are available either on their own or in combination with a rain shower head set. The Hand Held Shower Head is popular in bathrooms that may be limited in space or have plumbing behind the walls that restrict the amount of space that can be used to install a shower fixture. The Sliding Bar Shower Head is useful for family households that may have smaller children as it allows for the height of the shower head to be adjusted accordingly. Additionally, the bar can be used for older members of the family that may have difficulty moving around by providing them with the assistance of a grab bar.

As shown above, there are plenty of options available when renovating or creating your new bathroom. Just don't forget that you can always have a combination of the the different styles for a more versatile shower experience!

Shop our full range of shower products on Zure to see the full range. 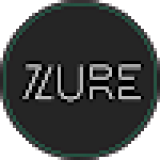 The team at Zure have an extensive knowledge of the bathroom and kitchen space acquired over many years of experience. Feel free to reach our to us if you have any enquiries and our team will gladly be of assistance!

Comments will be approved before showing up. Sign up to our newsletter today to receive a 10% off voucher* and be the first to be notified of our exclusive sales and updates! *Not applicable for on sale items